The Acceleration of Heat Pump Is Proposed by a Global NGO

A global NGO - The Regulatory Assistance Project – with offices in the US, China, and Europe has recommended several policies in the heat pump industry. These policy recommendations target the acceleration of heat pump technology in the global market. In addition, the NGO made proposals involving new regulations, promotional inventiveness, economic inducements, R&D support, and training.

In research recently published in Nature Energy, The Regulatory Assistance Project put up proposals to meet climate goals and enhance heat pump technology. So, what are these recommendations, and in which countries have they been implemented?

To begin, the NGO proposed that policymakers ascertain standard financial inducements for building owners to invest in heat pumps, thus minimizing the capital expenditure burden of heat pumps. These financial incentives should be in the form of low-interest loans, grants, subsidies, and tax rebates.

This policy has already been implemented in many countries. For instance, fossil fuel taxes have been raised in Norway, Finland, and Sweden to lower heat pump operating costs. 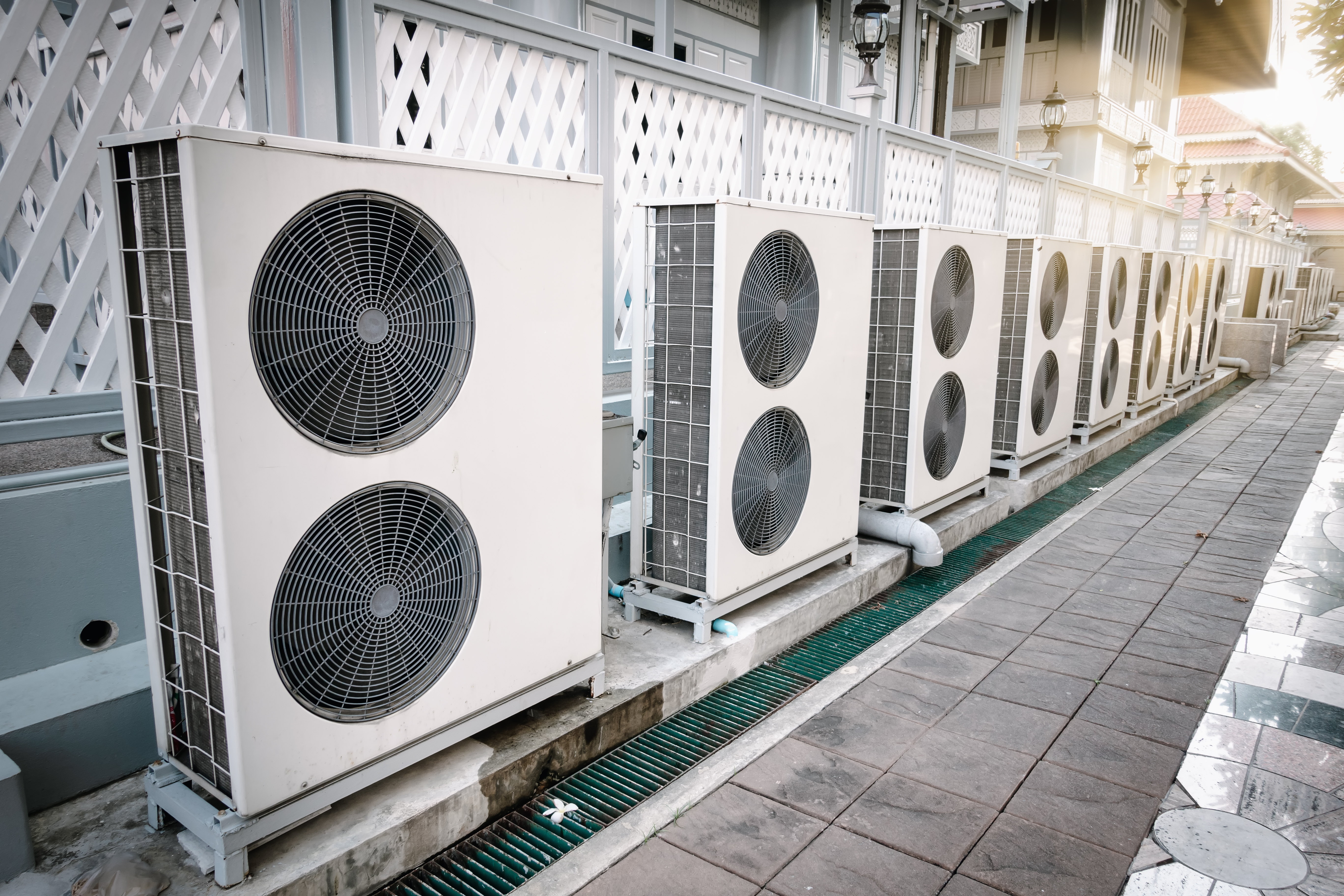 Next, researchers from the Regulatory Assistance Project recommended that countries set regulatory measures to scale up heat pump placement. These measures include renovation, performance, building, and appliance standards. In addition, the NGO proposed bans on fossil-fuel use and appliances.

Different countries worldwide have already set a variation of the mentioned measures. The US, U.K, Denmark, Norway, Finland, Sweden, Netherlands, and Belgium are some countries already following the policies.

Furthermore, Sweden has placed customer complaint services that have gone a long way in developing the country's heat pump market. Consumer engagement has made heat pump technology mainstream in the country.

All recommended policies have significantly impacted the global heat pump market. In addition, policies like bans on fossil fuels and pricing reforms for heat pump deployment have proven that policymakers are more than ready to implement these recommendations.

Consequently, the provision of technology and financial clarity will ensure that the rate of heat pump use will significantly improve in the future. Current market expansion shows that with ideal growth strategies, the rapid development of the heat pump industry is practicable.

Before 2020, the market saw a 10% year-to-year-growth. However, when the pandemic struck in 2020, the market only grew by 3%, which set heat pump deployment many steps behind. Nevertheless, after the unexpected decline in 2020, IEA data reports that there was a strong comeback in 2021.

Finland has a relatively similar growth to Germany. The Finish Heat Pump Association reported a 25% increase with 130,00 units deployed. Finland is a small country, so this growth is outstanding. An estimated 5% of all homes have installed heat pumps. Finland only started expansion in the mid-2000s, and now, more than 1m units have been sold.

In Poland, there was a 60% growth in 2021, according to the PHPA (Port PC). This increase was primarily driven by policies scaling down coal heating in small households.

Finally, there was a remarkable market growth of 20% in Switzerland. Given that the country has a mature heat pump market, this growth was steady. In 2021, most heating systems deployed in Finland were heat pumps (54%).

The Viewpoint of the Heat Pump Market

China is the most significant heat pump market (33% by 2020), followed by North America (23%) and Europe (12%). Subsequently, rapid heat pump installation has been noted in areas with colder climates like Northern European countries.

In earlier years, the heat pump industry had disturbingly low performance. However, things have changed since 2020. According to an article posted by the Carbon Brief, sales in 2021 grew by double digits, especially in China and Austria.

Without the right action, however, the global market may not have reached the standards required for a worldwide pathway to net zero by 2025.

The International Energy Agency (IEA) pathway to net-zero aims to install 1.8b heat pumps globally. Therefore, by 2025, heat pumps should provide for at least 55% of the world's energy and heating demands. Currently, only 180m heat pump units have been installed, accounting for only 7% of the global demand. 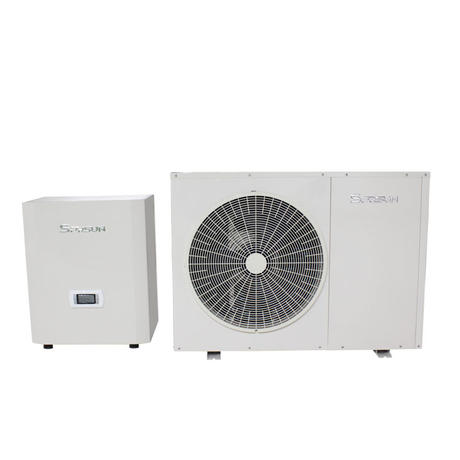 In the UK, the Climate Change Committee (CCC) also foresees most households using heat pump units to achieve the market's pathway to net zero by 2025.

Until recent years, this market has not been performing as speculated by the CCC and IEA scenarios. For example, as per the IEA's heat pump stock figures, researchers anticipate that only 153 heat pump units will have been installed by 2030. This is a critically low number (a 58% gap) compared to the expected scenario – 600m installed units.

The global market growth needs to exceed 13% annually to meet the net-zero scenario. Hopefully, the goal will be achieved if policymakers apply the policies suggested by the Regulatory Assistance Project.

Acceleration of heat pump deployment seems practical. So, how have countries guaranteed that the pace of adoption is rapid too?

European and Asian gas prices have been increasing recently. This change has made heat pumps a cost-effective alternative to gas boilers. Nonetheless, gas prices could change anytime, so policymakers must stick to standards and regulations.

The Green Deal in Europe pushes for decarbonizing heating, thus improving heat pump sales. If the EU follows these directives, the market can potentially double sales a year to 4m. In addition, a proposal by the European Commission is a drive to ensure that the EU ETS (Trading System) extends to fuel heating.

Additionally, several European countries have implemented a ban or limitation on the use of fossil fuels. This policy applies to new buildings and old ones too.

For instance, the German government recently publicized that from 2026, it aims at having heating systems that use renewable energy (at least 65%). However, in countries like Finland, Norway, Denmark, and Sweden, the government has implemented implicit or explicit bans on new oil-based heating systems.

In the Netherlands, new homes cannot use gas grid tech. In Austria, Finland, and Belgium, the use of oil boilers in new buildings has been banned. On the other hand, Ireland's government set an 8bn euro scheme to deploy 400,000 units of heat pumps by 2030. This financial incentive is nearly twice the value of the grant for heat pumps.

The UK government is currently working on down scale gas boilers in 2035. It is also expected to release a new grant budget for heat pump deployment. The government is also consulting heat pump manufacturers in strategies to sell more heat pump units.

When it comes to China, the southern market has already applied clean heat resolutions and incentives for a high potential in the market. Nevertheless, despite all the new policies, heat pumps do not get the recognition they deserve from the national government. They aren't identified as renewable energy, meaning they miss out on the federal government's clean energy subsidies.

In the US, a rebate program allocated $3.5bn for up to $4000 heat pumps and other inducements.

The heat pump market is finally getting the recognition that it deserves.

The director of European programs at the Regulatory Assistance Project, Jan Rosenow insisted that even though heat pumps are a few years behind electric vehicles they deserve similar attention. He also stated that heat pumps have the potential of delivering sizable reductions in emissions.

The long-term goal of all the recommended policies is to have heat pumps that run on renewable energy. And this goal cannot be achieved unless governments worldwide push for clean energy policies.